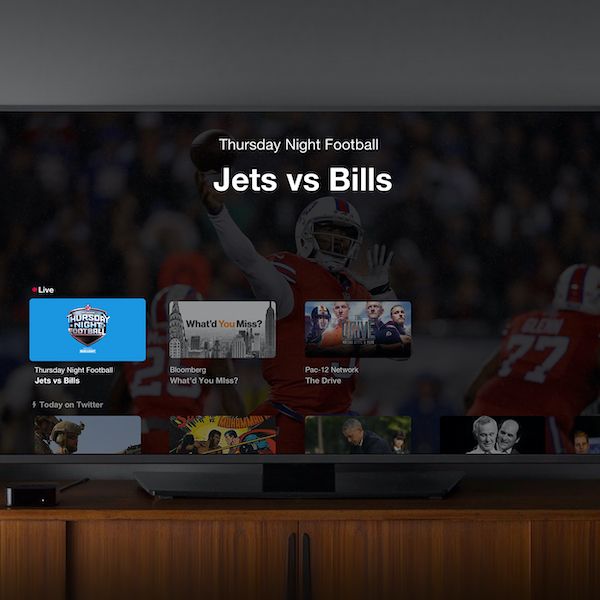 ⇀ Oversaw initial delivery of tvOS & Fire TV apps within 3 months, as well as partnering with Twitter to build a roadmap that continued for over another year

After acquiring the rights to Thursday Night Football, Twitter began to make a play for the livingroom. HFC collaborated with Twitter's design team and built the apps, on tvOS, Android TV and Fire OS, in just a few short months.

I was part of the team that responded to the original RFP, and acted as account manager throughout the first year of the project, seeing its expansion from tvOS to additional set top box platforms. The app launched to warm critical reception in Sept 2016, supported by an onstage demo of the app at the October Apple Media Event.

It won App of the Year for 2016 from Apple for the tvOS offering. In June 2017, live-streaming 360 video was launched on Apple TV.

This... opens up a whole world of live streaming content to Apple TV

↟Twitter for tvOS demo'd on stage at an Apple Media event